What is Ecuador and specifically Cuenca like? Part I 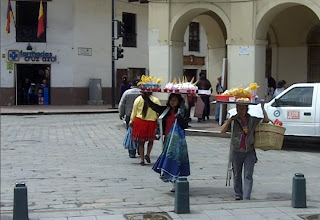 I am reflecting this evening about how I, as a citizen of the US, thought of South America and specifically Ecuador before I ever visited here. This was coming from my own world experience, which was quite limited as far as travel goes. 18 months ago, I was like many US citizens: I had a vague idea of Ecuador but thought it was part of Central America.  1 year ago, I was rapidly learning about Ecuador, had purchased a guide book and a good map of the country. I knew it had jungle and Andes Mountains within its borders. I knew of some Inca ruins and was hungry for information about what it would be like to live in Cuenca, its 3rd largest city.
I had expected a "3rd world country" with few amenities, friendly people, dirty streets, high crime and food similar to Mexico - lots of corn tortillas and spicy fillings .  And what have I found in my first weeks here?  I am going to reflect on that answers for about 3 posts - intermingled with other ideas in separate posts because I want to do it that way {:-D       This is the first of those 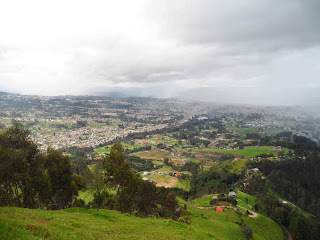 Third World
Well, Ecuador is a 3rd world country with poverty and employment issues to demonstrate that. I have read that 35% of citizens of EC live below the poverty level.  The minimum wage in Ecuador, when it is paid, is $2 and change.
One Big Adjustment for US citizens?  There is no postal mail delivery to one's door. There is one post office in the city of Cuenca, a city of 400,000. People just do not mail things except for emergencies, like a key needing to be returned.
There appear to be few if any unions and many protections are missing. Example:  protective harnesses for people working on scaffolds seem to be optional.
Seat belts in taxis are a luxury and rarely present.
If you buy something, it is yours - no returns of goods here.
Motorcycle helmets are optional although they are "required"
If you see people working high on a structure for a new building, they probably do not have helmets on but they will have some type of "harness" on in case they fall.
There are NO STREET SIGNS!  Some streets are marked by having charming tiles set into the building on the corner telling each cross street's name. But many times on MANY corners, there are no street names.
Street numbers are optional and rarely used.  You tell a taxi to pick you up on X street near Y intersection.  Then you stand near the curb and watch.  They always find you!
Taxis are fast and usually well run, usually very clean.  And they are very inexpensive.  Take a cab from the airport clear across town and it will cost you $2.  It may be 50 cents more if it is night time or traffic is very bad but you can politely barter. But remember 50 cents is not worth a fight! 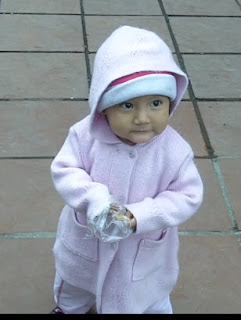 So yes, it is a 3rd world country with many of the struggles associated with that.
However,there are also many positives.

We met one 30 year old man native of Ecuador who had studied 4 different fields extensively before finding the profession into which he had settled.  He knew a lot of other aspects of life in Ecuador and global issues, partly because of his experiences at different colleges he attended around the country and the people he was exposed to during that journey.

He also had traveled extensively. By the time he turned 30, he had spent time in 20 different countries.  He came from modest financial background and from a small "3rd world country" yet he had a world view and cultural awareness that showed wisdom beyond his years.

Poor children and those living in very rural areas have a harder time getting a good education but serious efforts are made.  English is not routinely taught throughout the country but it is being taught in some schools. As one of the main languages for global communication, it is valued.  But it is rarely spoken well in Cuenca.  Most people know a little English but are reluctant to use it because they do not get to practice.  Espanol/Spanish is the important language used all over Ecuador.  Quechua is a complex language spoken by many indigenous people and is being taught in some schools after a long period of not honoring its importance.


Soon more thoughts: so are the streets dirty?
Posted by Sharon at 4:33 PM